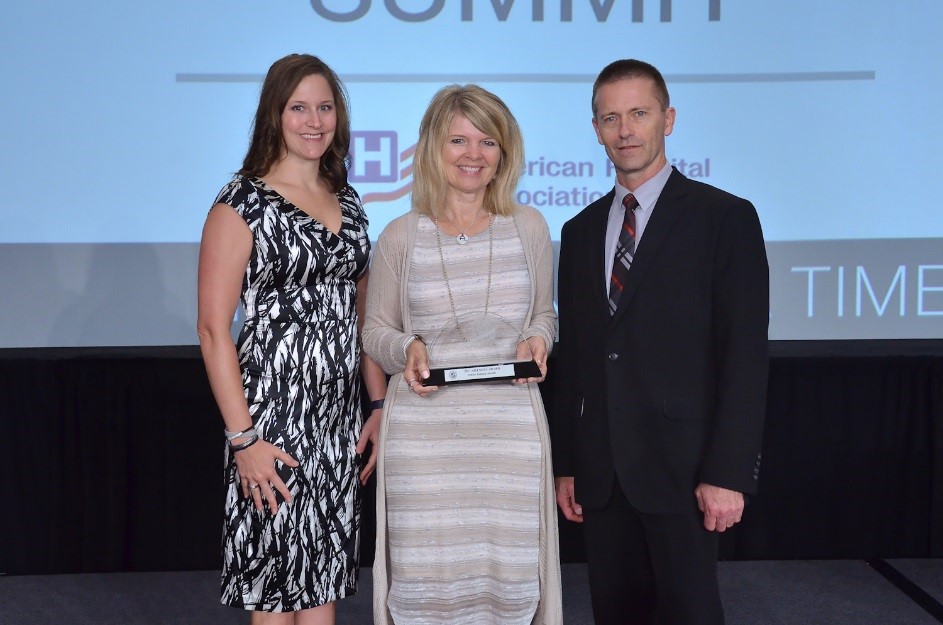 For the fourth time in just over a year, CHI St. Gabriel’s Health and its community partners have been recognized for their efforts to address the national opioid epidemic.  The most recent honor is an American Hospital Association (AHA) NOVA award.

The hospital and its collaborators were presented the NOVA award at the annual AHA Summit on July 29 in San Diego, one of five “bright stars in health care” recognized for improving community health by “looking beyond patients’ physical ailments, rooting out the economic and social barriers to care and collaborating with other community stakeholders.”

Members of the team were recently invited to a Congressional briefing in Washington, DC, to present the details of the initiative.

“We want to completely eliminate overdoses and deaths from opioid misuse,” Kathy says.  This is a national problem.  It’s not unique to our community.  What is unique is that we were the first rural community to propose a comprehensive, planned approach to dealing with the issue.”