The Gift of Choosing Hospice Care 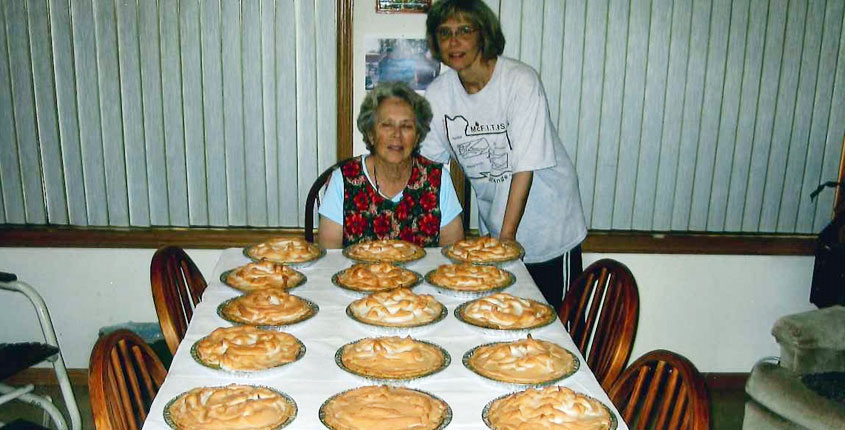 Sometimes tough decisions reap the greatest rewards. Hazel Vasecka was fiercely independent and determined to live life on her own terms. Choosing hospice care as her health care needs grew allowed her to continue to live in a fulfilling way during the final phase of her life.

“Independence meant everything to my mom,” says Peggy Martin, Vasecka’s daughter. “Hospice care was presented to her as an option, and she chose it. She was able to get the individualized care she needed and make choices about services received.”

Vasecka was an educator and lifelong learner. She grew up in the Park Rapids area as one of nine children, Martin recalls. Determined to earn a diploma, at the age of twelve, she moved in with a family in town during the school year so she could attend high school. She went on to become a teacher, initially teaching at several country schools, then at Motley Elementary, and later in Verndale, teaching middle and high school-aged students. In 1994, Vasecka and her husband, Bernard, who passed away in 1998, moved to Little Falls. Vasecka remained in her home until 2015 before moving to an assisted living facility.

Vasecka was well known for her generosity and her delicious pies. “Each year, she baked and donated many lemon meringue pies for the St. Mary’s Church bazaar,” says Martin “She never stopped sharing her talent and joy with others.”

After years of giving, the time came to make a decision about accepting the help from others. While her daughters, Martin and Debbie Schey of Nisswa, MN, helped as much as they could with their mother’s care, which became increasingly difficult. Vasecka suffered from macular degeneration, a progressive eye disease that results in blindness. As Vasecka’s health declined, her doctor, Dr. Gregory McNamara, and her daughters discussed hospice care with her.

“It was a hard conversation to have, but it helped that mom had a trusting relationship with Dr. McNamara and he was always respectful of her decisions,” says Martin. “Being able to have that choice was important to mom, and making the decision to receive hospice services was, in many ways, her gift to us.”

Vasecka began hospice services through CHI Health at Home in February 2016. The services provided through hospice, which are covered by most insurances including Medicare, helped the family manage their mother’s increasing health needs.

“Hospice helped mom and our family in so many ways,” says Martin. “Not only did hospice provide us access to great care and resources, the staff were so compassionate and respectful of what mom wanted. They were always flexible in order to meet her needs.”

The hospice team included a nurse, social worker, chaplain, massage therapist, volunteer, and Dr. Lisa Germsheid, who would visit Vasecka in her suite at the assisted living facility. “It was so nice to have a team of care visiting her who were focused solely on mom and her needs,” says Martin. “It also allowed me the chance to step away from being a caregiver and focus on being a daughter.”

Having hospice services gave family added piece of mind. When Martin needed to leave town to be with her daughter who was delivering a baby, she had the reassurance her mom would be well cared for in her absence.

Vaseka passed away on October 11, 2016 at the age of 96. Martin knows it meant a lot to her mother to be able to make decisions about her care and has high accolades for hospice services. “Hospice care is one of the best kept secrets there is,” she says. “My advice to anyone who may be in need of hospice services is ‘Choose it!’ Don’t wait until the last few weeks of life. The benefits of having hospice services are enormous.”